My back lane neighbour has a small apple tree which blooms beautifully each spring. By the end of July, her neighbours, myself included, benefit from its bounty, making pies that will carry us through to next Christmas, and chutney I’ll still be eating as next years crop begins to drop and form a rotting carpet on her lawn.

It’s a boon, but a burden. Each year she’ll be forced to fight the wasps as she pulls the trees decaying detritus from her gutters, vegetable garden, and deck, dumping bag upon bag for pickup, pounds of it destined for a landfill even as lines as local shelters and food banks grow.

Short of investing in a small scale cider press, I wished there was a way I could help her. It has often occurred to me that were we to plant our boulevards and curbsides with edible landscapes, we could (at least for a time) relieve some of the food shortage in our city. 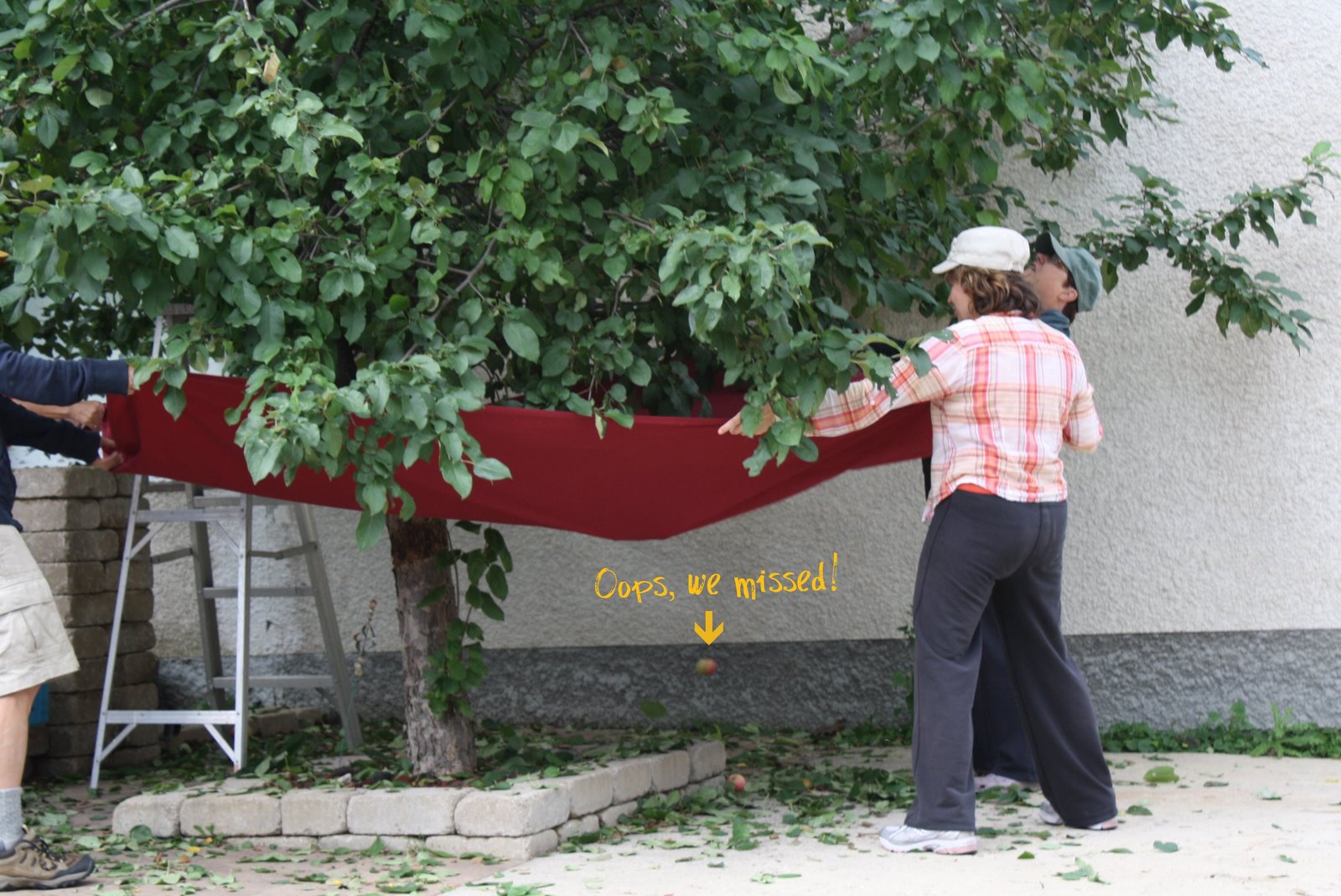 With ten volunteers she established Fruit Share, and with a handful of homeowners on board to share their overabundance, last year the group picked and distributed more than 1700 lbs of fruit.

The resulting harvest is divided by thirds between the homeowner (if they want it), the pickers and to non-profit organizations such as Agape Table, Winnipeg Harvest and Siloam Mission to name a few.

This year the program is set to expand to Wolseley, West Broadway, Daniel Mac and the North End. As demand grows, so does need for volunteers.

If you’ve got a few hours to spare, wouldn’t mind a share of free fruit, and want the warm glow of knowing at the end of the day you’re making a huge difference for fellow Winnipeggers who have found themselves down on their luck, volunteer online or call Getty at 284-1234.

And if you’ve got an overly productive fruit tree, register your fruit online.