Yes, in true Winnipeg fashion, we’ve jumped just in time to catch the tail end of the tap room band-wagon. Better late than never I guess and we’re certainly making up for lost time. In the last twelve months (give or take) we’ve seen some simply stellar places crack open their long-awaited doors and tap some kegs and with 20 tap-room or brewery permits up for approval, there’s plenty more on the horizon.

Here’s a breakdown of what we believe are the best (and worst) tap-rooms and brew-pubs in the Peg.

Description : An inviting and fun, farm-inspired vibe (barn, duh?) with long wooden benches and fenceboard walls. If you belly up to the bar and pop a squat on the surprisingly comfy tractor seat stools, chances are you’ll be interacting with Tyler Burch, the owner. If you play your cards right, he might even give you sneak taster of a test batch. Service is always friendly and servers knowledgeable about their brews. This is pure tap-room so you’re on your own for vittles, but Barn Hammer does partner with local food trucks which you’ll often find parked in the lot. They’re also receptive to your  ordering pizza (especially if you share) or select something from Skip The Dishes. 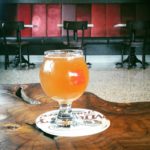 Description : Brewer/owner Dave Rudge is the godfather of craft brew in Winnipeg. Okay, beer knurds will know there were attempts at micro-brewereis/brew-pubs before, but they failed. Half Pints not only endured, but excelled and many who apprenticed under Dave have gone on to work in the flourishing craft-brew scene here in the city. Late to the tap room scene, Half Pints converted their retail space into a combined bar, taproom, test-batch tasting growler station. I don’t love the atmosphere frankly. It’s a little bland and empty feeling to make me want to spend any time there, but the brews more than compensate and you’re more than likely to catch one of the brewers behind the bar. They also offer free tours every Saturday starting at 1:00. 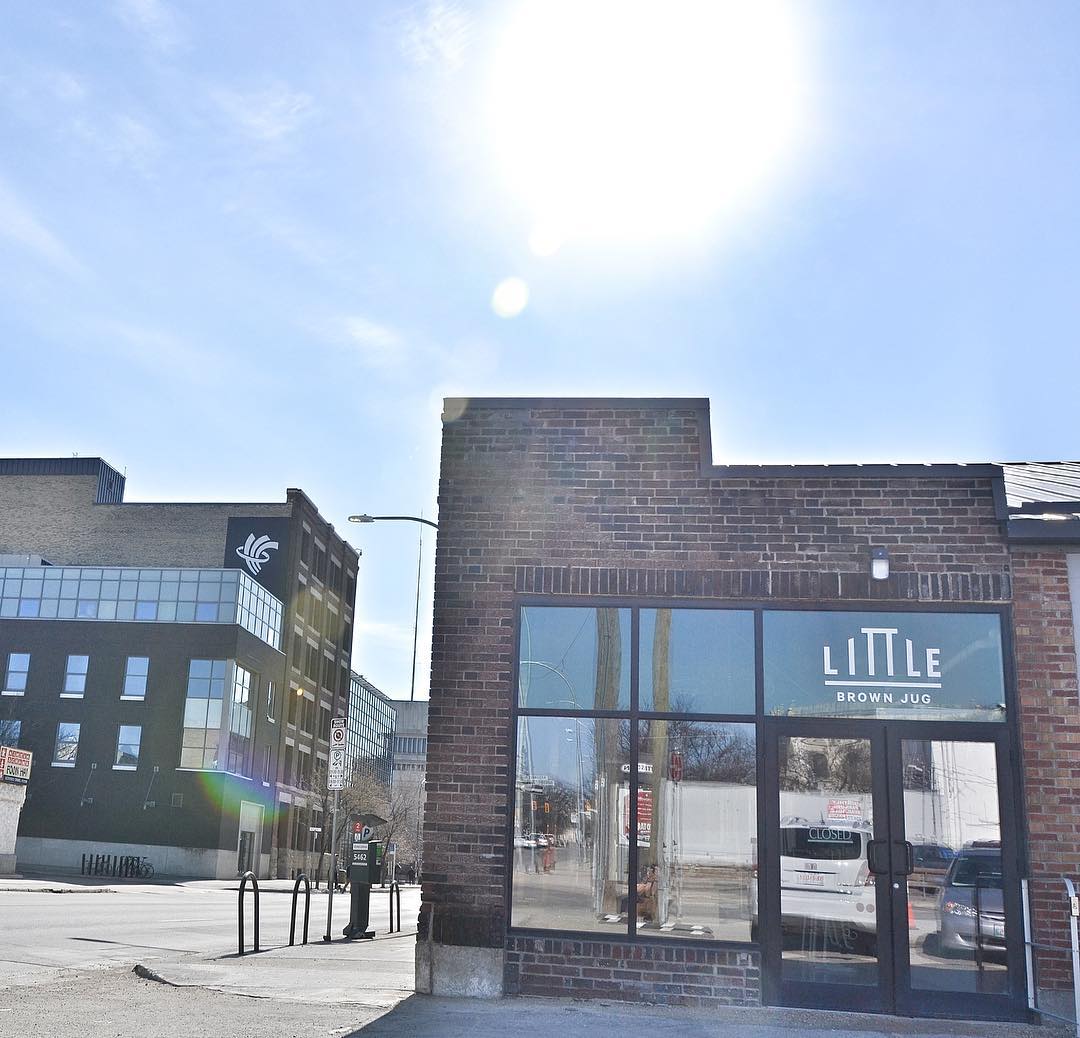 Description : A state of the art and stunning tap room in the historic old Winnipeg Police Livery Stables built in 1919. Gone are the horses and saddles in favour of stainless brew kettles and bright tanks which, for now at least, are dedicated to producing only one style of beer, a Belgian they call 1919. 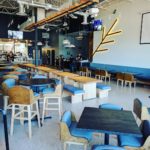 Description : A modern and comfortable interior and open kitchen concept with views of the fermentation tanks through windows at the back. A quick scan of the menu and you can tell great care has been taken to provide equally delicious bites as the beers they’ve started serving. Although it’s technically a tap room, they haven’t left the wine crowd out to dry. A curated selection of reds, whites and even a rose (Pronvencal), not to mention creative cocktails, keeps non-beer drinkers happy while an awesome array of signature and seasonal suds and guest taps will please the beer crowd.  Staff were well-trained and proved incredibly friendly and knowledgeable. Bonus points for the growler fill station at the front entrance. 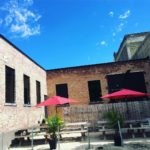 Description : Peg had the dubious distinction of being one of first tap-rooms to open its doors after an amazing transformation of a former steel works (by way of The Edge indoor skate park). Permits and inspections held up their house brews at first but they more than made up for it and have hit their stride with a sizable selection of solid staples. Peg reads more like a restaurant that does beer (very good beer) than a tap room that offers food with the brew tanks tucked way in the back, almost out of sight. The food, while solid, skews more to casual, even lunch focused dishes. Amazing house-made bread features heavily on the sandwiches, and flat-breads and cold plates round out the offerings.  Staff are well versed in the product. 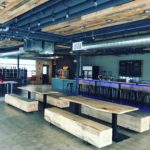 Description : The mechanics of beer, Torque’s tap-room has a slightly industrial vibe, tamed by lots of re-claimed pallet wood and live-edge tables. A cool, if not comfortable, couch made from an old Lincoln sits in an awkward corner and a smattering of tall tables and bar stools round out the room. Again in the vein of traditional tap-room, no food is served (although there’s a popcorn machine). If you’re lucky a food truck will roll up to play pace car as you go pedal to the metal tasting your way through Torque’s truly delicious core pours and small batch specials. 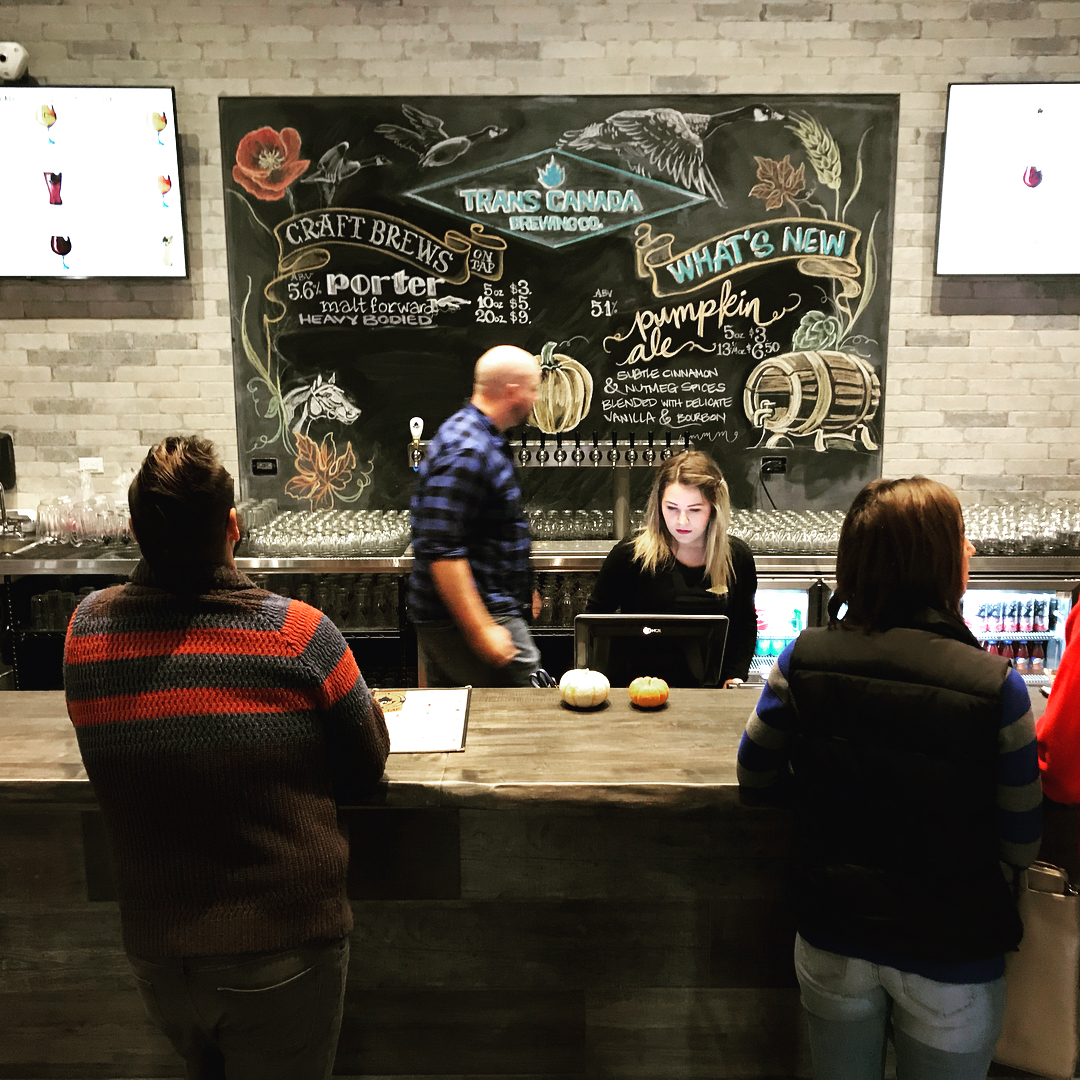 Description : An impressive space with large wood tables and benches with ample views of the state of the art brewery. In house Timmy Tom’s Pizzeria slings out a sumptuous selection of hand-tossed pies. TCB came out of the gate strong with an awe inspiring starting line-up of 14 beers. They’ve attracted some real talent including Morgan Wielgosz, formerly a brewer with Toronto-based Amsterdam Brewery. The beers were supremely drinkable, presenting no detectable flaws. There’s plenty of room for growth and experimentation and I’m very excited to see what they’ll do with the six massive Foeders, French oak aging and conditioning kegs. 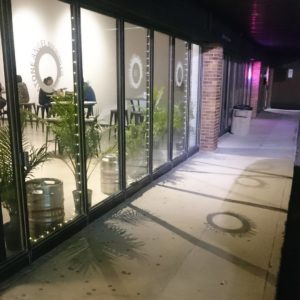 Description : An airy and spacious taproom tucked back from the busy stream of traffic on Pembina. A true tap room (no food options) they can accommodate 50 guests who can enjoy Manitoba big sky sunsets over the large west facing patio while sipping on a small but excellent selection of British Isles inspired ales.

Description : Brazen hall of shame is more like it, and I so wanted to like this place. But let me focus on the positives first. Great vibe. The interior is stunning. Lots on tap. Other local features and beyond. End of list. My biggest issue with this place is it doesn’t seem to know what it is. Viking beer hall. Micro-brewery. Tap room. English pub. Their own beers…a strange mix indeed, need some work. I couldn’t in good earnest keep drinking any of them. The food…well, let’s say the menu suffers from the same identity crisis.

Description : Very little information available but judging from their Twitter feed the equipment has been installed as of this posting so one can only imagine final touches are being put on the tap room and with luck we’ll see news of an opening date later this year.

Description : So named for the ship that’s on display in the Manitoba Museum, after years in the home-brewing community, the Nonsuch team will focus on crafting high ABV European-style beers with a focus on Belgian ales. Contract brewing through Barn Hammer, they’ve offered a Saison and Bierre de Garde through The Common at The Forks and at the last two Flatlander’s Beer Festivals. I’ve also seen evidence of a Kölsch, a german style synonymous with Cologne (Köln), Germany. Their website and social media suggest an opening in 2017.