It’s the inspiration for Velcro, an Asian super ingredient, and it grows abundantly in Winnipeg. Burdock is this month’s featured Fantastic Foraged Fare. 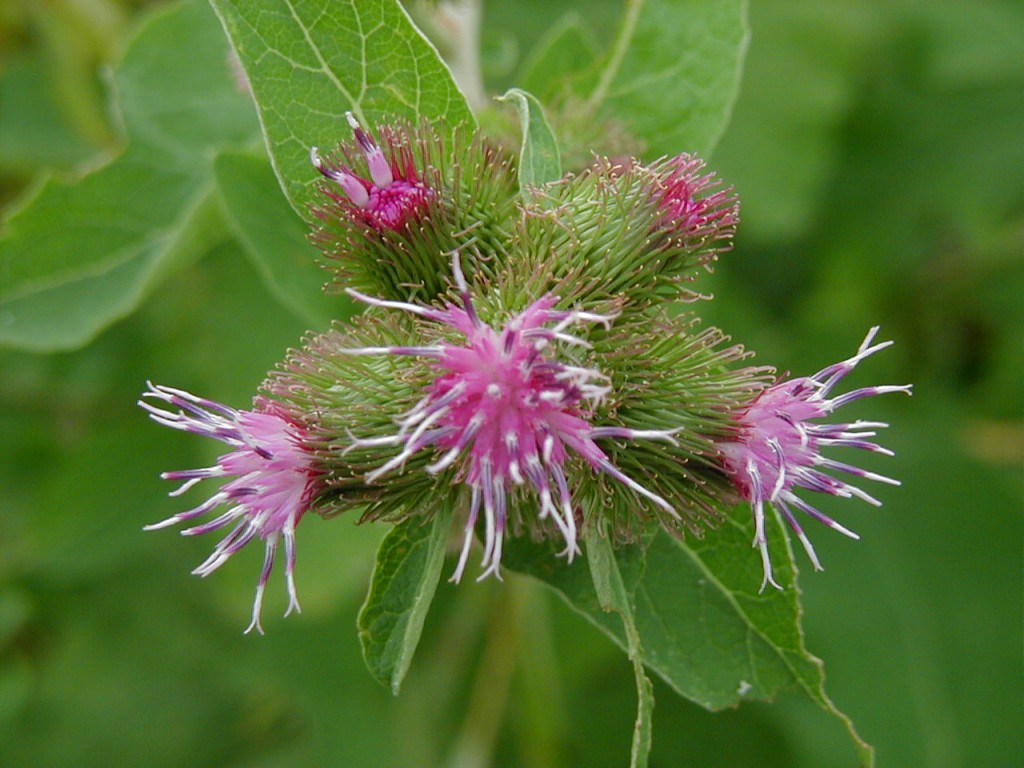 You might recognize the flowers of Burdock more when they turn brown and dry and harden. Better known as burrs, these annoying hitch hikers were the inspiration for a transformational technology.

While the leaves, stems, and even seeds of the burdock both have their culinary uses, it’s the taproot of young burdock plants that interest the forager.

Harvested and eaten as a root vegetable, burdock root is a surprisingly common ingredient in Asian cooking, occurring candied in stirfries, pickled as a side or served julienned in a salad.

Burdock root takes well to braising, maintaining its al dente character where carrots, parsnips, and other root veggies have long since turned to mush.

Flavour-wise, burdock root has a sweet, mild taste but a residual bitterness due to pronounced tannin content. This can be mitigated by soaking sliced root in water for five to ten minutes.

Due to its tenacious tap root, which can grow up to 1 metre long and 2 cm wide, it’s tough to harvest and retains a lot of soil. Scrubbing the outside can extract much of the detritus, but your best bet is peeling.

Like apples or avocado, it will discolour as a result of oxidization, so a quick bath in ascorbic acid (any vitamin C rich liquid like orange, lemon, lime juice) or acidulated water (white vinegar works) can inhibit this enzymatic action.

Immature flower stalks may be harvested in late spring, before flowers appear; their taste resembles that of artichoke, a relative of burdock. Beyond this, the flowers will turn to the all too familiar burrs which cling to clothing and inspired George de Mestral, the inventor of velcro, over 60 years ago.

Once peeled, stalks can be eaten raw, or boiled in salt water. The Japanese eat the young leaves, harvested while they are still soft in the early spring.

Beer knurds take note: Europeans exploited this inherent bitterness in beer before the widespread adoption of hops, and dandelion and burdock syrup, which traces its origins back to the medieval period, remains a popular soft drink in the United Kingdom.

Medicinally, burdock has been employed as a remedy for measles, arthritis, tonsillitis, colds, and throat pain. It’s also a diuretic, which enhances the performance of many of the organs which purify the body and eliminate toxins or waste.

If you’re interested in learning more about harvesting burdock or any number of Winnipeg’s wild edibles, join me, and fellow foraging fan Barrett Miller for the 2012 season of the Fantastic Forest Forage, a series of guided excursions that uncover the edible bounty in our own back yards. Click here to find out more.